5 Personalities of Odisha That Have Created a Unique Identity.

When anyone hears the name of Odisha, a stereotyped image comes to his/her mind. However, there are some personalities from Odisha that have created a unique identity for Odisha on a global level. With this article, we pays its respect to those worthy sons of the state.

Born on January 8, 1926, Guru Kelucharan, is famous for introducing the newly developed version of Odissi. It was his efforts that ensured revival of this dying dance form. For his dance and dedication to the art form, he had received many awards and recognition such as SangeetNatakAkademi Award, Padma Shri, Padma Bhushan and Padma Vibhusan along with KalidasSamman.

All eyes of the world turned its eyes to Odisha when the US first lady, Michelle Obama, wore a beautiful flower-printed dress by this Rourkela born designer in the recent visit of POTUS to India. The designer, based in New York, specializes in silk material and also has released a collection of hand-woven silks that help the traditional weavers of the state.

Who does not know Sudarsan Pattanaik? Yes, he is the artist who gave a glorious name to the sand art, introduced new techniques in it and presented it anew on the world stage. He recently received the Padma Shri from the Central Government in 2014. He has won many other awards and recognition at Spain, Denmark, Russia, France, USA and has made us proud.

The magical word player is a household name in the literary word. Be it poems, prose, short stories, novella or novels he has written everything in both Odia and English. He is the winner of Sahitya Akademi Award, Padma Shri, Veda VyasSamman, NTR Literary Award, AtibadiJagannath Das award and so on for his contribution to the literary world.

This ex-CM of Odisha is mentioned here for his effort to introduce industrialism in Odisha. He can aptly be addressed as the first industrialist of the state. Biju Patnaik had established Kalinga tubes, Kalinga Airlines, Kalinga Iron work, Kalinga Refractories and the Odia daily Kalinga in his lifetime. He gave stress on making the state technologically superior for development and Odisha is still thankful for that.

The list can always go on but we end with listing out these great contributions byOdisha’s son. 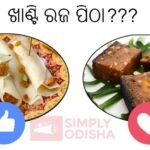 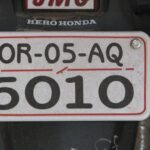 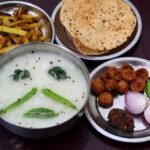 5 must try foods of Odisha