Bollywood is an industry in which many people try their luck everyday but very few of them are able to make an impact and the only reason for your survival is your talent. In the recent past, we have seen many talented actors making it big in Bollywood just on the basis of their talent.

Similarly, Rahul Nath is someone who is inching towards success day by day. He has done fair amount of work in the Telegu and Tamil movies like ANDHIREEKI NAMASKARAM and Varṟavēṟpu Māṟum Naṉṟi. The capability of the actor can be observed from the fact that he has learned both the language in a very short span of time.

Moving into Bollywood he was seen in a supporting role in the 2013 film “Happy Ending” and he did not disappoint the audience at all. He further appeared in the movie called “Faraar” with Gippy Grewal and played the role of his younger brother. Due to his critically acclaimed performances in these movies, the actor was approached for many other projects like Sanju and Simran but he turned down the role due to the lack of screen presence.

Reportedly the actor is in talks with Yash Raj Film for his upcoming project which will be revealed soon. With the success at the big screen, the actor also bagged some advertisement projects including Dettol, Parle G, Nescafe, and Cadburys.

Talking about the versatility of the actor, he will be seen in a web series called Naïve Rejected Indian (NRI) and it will be a sheer joy to watch him on digital platform as well.

With his amazing acting skills, the actor is not behind in the field of dancing as he received the award for “Best Bollywood Dancer in Los Angeles” by LA Magazine in 2013. This shows that Rahul is a multi-talented artist and this type of talent is very rare to find these days.

Many Bollywood actors tend to move towards USA after having a successful Bollywood career but Rahul is someone who has done handful of shows in the USA for Disney and TruTv network and very soon USA TV will be broad casting TV shows produced and written by his own production company.

One man and so many talents. Bollywood is lucky to have him and in the future he will be all over the place for sure. 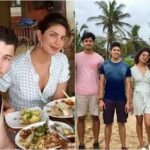