Salman Khan who has shown his interest in producing a TV show is all set to produce The Kapil Sharma Show this year.

Kapil Sharma has been ruling this game for many years now but then after his fight with Sunil Grover things started to fell apart. His show lost all the rating and he also started suffering from health issues. The comedian took a break and revealed that he is suffering from anxiety and alcoholic issues.

But after talking a well-deserved break, he will be set to appear again on his show but with a different producer.

But first things first, Kapil will tie knot with his longtime girlfriend Ginni Chatrath on December 14, and the wedding ceremony will be held in Jalandhar. Talking about which he said “The wedding will take place in Ginni’s home town Jalandhar on December 12.

“We wanted to keep this ceremony simple, but Ginni is the only daughter, so they want to do it with pomp. I understand their feelings. My mother wants this too.”

Salman Khan on the other hand is also working on the biopic series made of Gama Pehlwan in which Sohail Khan will be staring as lead. 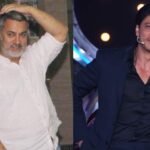 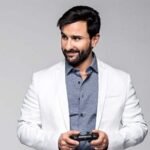