Diana Penty is a Bollywood actress who started as a model in 2005. Her presence has truly been felt in Bollywood in the past quite a number of years. Diana started to model while she was in college, and she become very successful and one of the most popular models in the chosen stream. Unlike many other actors and actresses, Diana doesn’t just take up any role in a movie.

She has always been very specific. No wonder she has not been in many Bollywood moviesdespite being a highly rated actress.

1. Diana Penty sent her modeling photos to Elite Agency, and that is when they first spotted her. The agency saw a talent, a determination, real beauty and passion in her and then contacted her. Things opened up for her and she started her modeling career with this agency – Elite Model India. Initially, Diana worked just as a part-time model because she was still a student at that time.

2. Diana Penty began her modeling career in 2005. She walked the ramp for Ferre, Trussardi, and many other Italian designers. Diana’s first assignment in her modeling job was for Giannfranco Fere and Nicola Trussardi at an Indo Italian Festival, and her performance was extremely amazing.

3. Diana made her debut in Bollywood with Cocktail film in 2012. Cocktail also stared Deepika Padukone and Saif Ali Khan. It’s worth noting that it didn’t come easy for Diana Penty to be in Cocktail as she had to audition four times for her role in the film. Diana Penty was actually in Rome at the time she received a call for Cocktail.

4. Diana Penty was the winner of the Vogue Beauty Award for her role in Cocktail 2012. Even though the movie did not do as well as expected, and missed the blockbuster spot, the fans and critics received her role very well as a simple Indian woman in Cocktail.

6. The model and actress endorsed big brands and products such as Nokia, Forever 21,Maybelline, TREsemme and Garnier. In 2007, Diana appeared in many print ad ampaigns for big brands among them include Westside, Tribhovandas Bhimji Jewelers and Parachute.

7. Diana Penty, a Christian by faith, was born on 2 November 1985 and grew up in Mumbai. Her mother is a Christian and father is a Paris. She schooled at St. Agnes High School in Mumbai and proceeded to St. Xavier’s College where she graduated with a bachelor’s degree in Mass Media.

8. She never appeared in any mover for about four years after the release of Cocktail film. After that sabbatical leave, Penty appeared in the comedy film Happy Bhang Jayegi, where she took a role as a free-spirited runaway bride.

10. She is Chanel Chance is her favorite perfume. 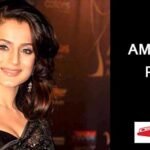